Take the lane, before somebody gets hurt.

Given the amount of miles I am putting on this summer it was really only a matter of time before I encountered one of Minnesota's knucklehead drivers. In reality I was surprised I made it this long. what occurred last night was only a minor altercation but happened as follows:

At the intersection of a semi-busy road, crossing a busy road, there is a situation where the bike lane does not immediately pick p on the other side, due to a large concrete median in the center of previously mentioned semi-busy road. this creates a scenario where for approximately 150 feet bicyclists and motorists are forced to share the lane.

Being the conscientious and accommodating person that I am, I by nature ride to the right when I am in a lane; however, this sends the wrong message to motorists behind me, indicating that it is OK to overtake me within this stretch, even though a motorist cannot legally do so (MN law states that you must give cyclists at least a 3' berth when overtaking).

I think that you can see where this is heading.

Sure enough, a rusty sports car squeezed past me and I was startled by some angry white trash woman who bellowed from the passenger window, "GET ON THE DAMNED SIDEWALK!"


Aside from the fact that it is potentially illegal for me to even be on the sidewalk (I am technically a vehicle, not a pedestrian) the fact remains that I HAVE EVERY LEGAL RIGHT to be on the road, just like her and her mullet-sporting boyfriend do. I thought of all these things but as they sped away the only response I could muster was to give them the peace sign & hope that they would spot it in their rear-view mirror.


On a side note, I like giving the peace sign in these situations. It appeases the reactionary urge I have to flip the bird, and does not carry the same repercussions. Passive-Aggressive of me, I know.

Mulling over what I could have done differently I arrived at two conclusions: (1) The idiot in the passenger seat was ignorant regarding traffic laws & most likely was going to yell at me anyway, and (2) Based on my position in the lane, I was practically asking the driver to try to squeeze by me.

My conclusion from all of this is that from now on I am going to decisively take the lane when needed, so that nobody gets hurt. Let the hatas hate.
at 9:17 AM No comments:

Email ThisBlogThis!Share to TwitterShare to FacebookShare to Pinterest
Labels: cycling

During this morning's commute I hit 1,000 miles for the season. 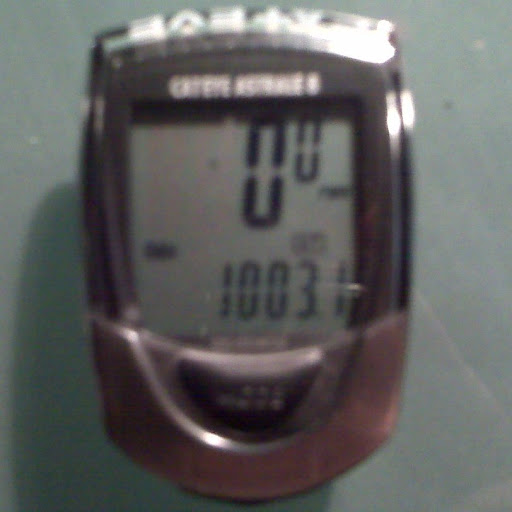 ...The summer is still young!

Email ThisBlogThis!Share to TwitterShare to FacebookShare to Pinterest
Labels: milestones

This morning on my ride in to work I was called out by a motorist for blowing through a stop sign.

I have been really lax lately about stop signs and lights, especially in residential areas when nobody is around. But I have been allowing that laziness to pervade into even the portions of my commute that travel through higher volume areas. Today I approached a four-way intersection where a truck was pulling up to make a left hand turn into the same direction that I was traveling. He was arriving to the intersection slightly ahead of me; had I been in my car I would have yielded right of way to him. However, on my bike, I was bringing a lot of momentum into the intersection (Already having chosen to run the sign) so I just blew on through without slowing down.

I heard the driver let out a shout through his rolled-down window. Knowing that the truck would overtake me quickly, I quickly began to calculate escape routes, not knowing what to expect.

He rolled up next to me and shouted out his passenger window, "Hey! Bicyclists are supposed to stop for stop signs too, you know!"

Rather than angry expletives or senseless ranting, he hit me with solid, burning conviction. I was in the wrong, and there was no two ways about it. As I watched the guy drive away, I realized that the moment was lost and that I will never have the chance to convey to the guy that no, I'm not one of those scofflaw jerks who plays by his own rules and cites traffic law only when it suits him. I couldn't do that because that was exactly who I had been being.

I completed my commute in a legal fashion and have resolved that I will make a greater effort to obey all traffic laws (Particularly signs & semaphores) in the future. I can do more to become a better commuter, a better cyclist and a better person.
at 7:41 AM No comments:

Email ThisBlogThis!Share to TwitterShare to FacebookShare to Pinterest
Labels: cycling

There are two kinds of bicyclists:
The ones that have fallen, and the ones that are bound to. 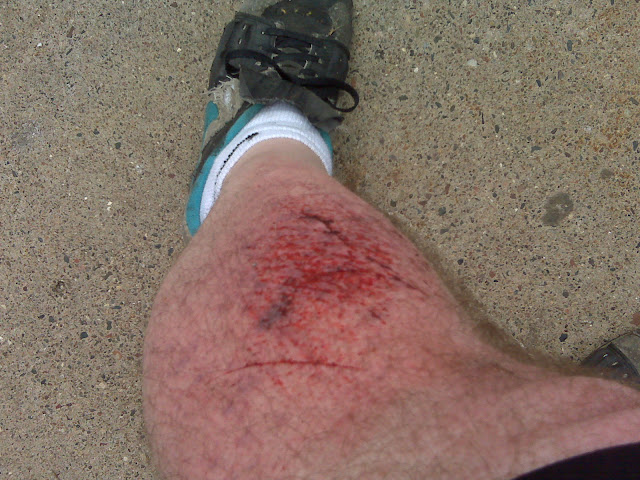 Email ThisBlogThis!Share to TwitterShare to FacebookShare to Pinterest
Labels: Injury prevention and treatment

My personal recipe for a post-exercise smoothie.

Minneapolis Torchlight 5K
► Not Registered yet